Customer Reviews
5.0 out of 5
2 reviews
5 stars 2
4 stars 0
3 stars 0
2 stars 0
1 star 0
Add a review
Sort: Most Recent Most Recent Highest Rating Lowest Rating With Photos Most Helpful
D
Daniel C. Verified Buyer
May 26, 2020
Absolutely love them.
Looks great and stands out on the board.
0 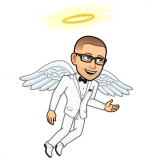 Frédéric P. Verified Buyer
Jun 26, 2019
This will bling your game. It brings the gameplay experience to an all new level of fun.
0
Load more